The Helium blockchain uses a novel work algorithm called “Proof of Coverage” (PoC) to verify that Hotspots are located where they claim. Put another way, PoC tries to verify, on an ongoing basis, that Hotspots are honestly representing their location and the wireless network coverage they are creating from that location.

The “challenge” is the discrete unit of work for Proof of Coverage. To date, there have been 10s of millions of challenges issued and processed by the Helium blockchain. With each new challenge, the blockchain records more data about the quality of the network. Let’s take a look at how challenges actually happen.

Challenger - The Hotspot that constructs and issues the POC Challenge. Hotspots issue challenges approximately once per every 240 blocks. **
Transmitter - Sometimes called “Challengee”. This Hotspot is the target of the POC challenge and is responsible for transmitting (or “beaconing”) challenge packets to potentially be witnessed by geographically proximate Hotspots.
Witness - Hotspots that are geographically proximate to the Transmitter and report the existence of the challenge packet after it has been transmitted.

For a complete breakdown of Helium’s Proof-of-Coverage resource, please visit this link.

The amount of HNT distributed to Hotspots depends on the type of “work” they perform based on the value to the network. This validation of network contribution is accomplished by a new work algorithm called Proof-of-Coverage (PoC).

To participate in PoC, Hotspots receive instructions (or ‘challenges’) to transmit payloads to any nearby Hotspots to witness and verify. These single-hop challenges are also known as ‘beacons’. Hotspots without neighbors earn less as they can only issue Challenges, and are unable to have their beacons verified. After the first year, distribution amounts adjust.

Here are the following brands you can purchase miners. Please use the following links to support Voskcoin and our community. Nebra , Bobcat , RAK, Syncrob.it. Each hotspot vendor will provide everything you need to get your first miner up and running. One thing to note is that hotspot miners come with different frequency bands. Please make sure you are picking the correct selection for your region.

There are various things to consider when positioning your miner and maximizing earning potential. Considering that Helium operates on a Proof-of-Coverage algorithm, placing your miner in a location where it can communicate with other miners is the goal. The more hotspots it can communicate within a specific range, the higher probability of earning more coin over time.

Range is important. On paper, it is advised to space miners 300 meters apart from each other. With that said, it has been reported that if line of sight is too good, 300-350 meters can potentially be too close. If miners are too close, Witnessing can become invalidated, resulting in reduced reward pay-outs. To get a visual representation of how your exact location may communicate with neighboring hotspots, please check out Helium Place. Input your address to review the sweet spot range. Your hotspot miner will be the black dot. Any additional miner that is within the red-colored heat map is considered an “invalid witness zone”.

Before I go on, please understand that the current hotspot population is growing by the day. What may be virgin territory today could be a strong hotspot region over time.

If you are curious as to if a desired location (whether it be your residence or a family friends) will be profitable, please use Helium Explorer. All you need to do is type in your city, and a list of active hotspots will generate. Click on the 3 word seed phrase to open that hotspot account. From here, you’ll see a map of it’s connections, 24 hour/prior 24 hour and 30 day/prior 30 day payouts, the profit % change, along with witness and nearby hotspot information. This resource is the best tool for gauging approximate profitability in your area.

If you reviewed your territory and noticed there are no neighboring hotspots near your location, what is the next best option? Time to phone a family or friend! A plausible option is to let a fellow contact “host” your hotspot miner. That way, you are maximizing your miners profitability. I’ll go over this more later.

As of April 12th, 2021, there are a total of 26,463 hotspots. By the beginning of August, we foresee an increase of over 150,000 hotspots with a backlog of over 50,000 units waiting to be fulfilled. What does this mean for your earnings? There are a couple things to consider. First, there is a finite amount of HNT that gets awarded year over year. The reward split is impacted by the total active miners on the network. With that said, it’s not split evenly, as some hotspot locations perform better than others. Second, the first Helium halving occurs on August 1st, 2021. As the name suggests, the yearly amount of HNT mineable will be halved. These two points will impact the overall earning potential for new hotspots in the future.

What can we do at this point? The price of HNT will be the biggest contributor to protecting your investments and revenue. If rewards inevitably reduce but HNT price goes up, you can still expect an annual return on investment.

Question - Which miner is best?
Answer - Going with any of the four listed companies is fine. Feel free to browse their selection of indoor & outdoor miners while paying attention to their approximate shipping dates. Strategically, you want the miner that will arrive on your doorstep the quickest.

Question - There are X miners near me. If I set up a miner, will that be profitable? Will I make the same amount as them?
Answer - Using Helium Explorer is the best way to get an idea of possible earnings. With that said, there’s a lot of variables that impact your HNT mining capabilities, like data transmission to IoT devices, line of sight, and validating other hotspots. It’s impossible for community member(s) to answer this question for you precisely, but there’s research that can be done on your end to get approximate data.

Question - Where is the main Helium channel?
Answer - Please check out www.Helium.com to be redirected to the official Helium website. Additionally, you can join The Official Helium Community Discord Group. There are representatives from all four hotspot companies to answer any questions you may have.

Question - Can I move my hotspot after setting up?
Answer - The best way to test a location’s earning potential is by setting it right up! There are Apps within the Helium Ecosystem that help you monitor and track performance. If the metrics aren’t hitting your target expectations, you can easily move the miner to a different location.

Question - Does the HNT miner use internet data?
Answer - When you set up a HNT miner and hook it up to a ISP source, the miner will use the ISP to transmit data to various IoT devices. The amount of data usage can range depending on surrounding IoT devices and can be as high as 30gb per month.

some further reading on placement:

This is written for folks curious about optimizing a Helium Hotspot placement. Most start with their antenna, which is (almost completely) the wrong approach for maximizing earnings. The only way y… 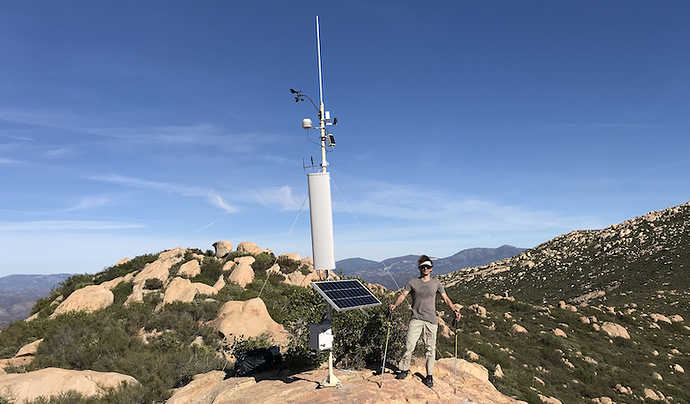 What’s The Best Antenna For Your Helium Hotspot?

Here is a step by step method for understanding how to choose the best antenna for your hotspot placement. Each placement demands a well matched antenna in order to provide value to the Helium Netw…

@SojuSippa this is an awesome write-up! & thanks so much for including our links as well.

Here’s an example of how much data my Helium hotspot miner is using in one week – its really surprising and much heavier than I anticipated – apparently this will be significantly reduced once Helium HNT validator nodes come online. I also did not sync the blockchain/setup the miner during this week, so that is not impacting the heavier data usage here.

Thanks for providing additional links!

Yeah, that is a hefty data transfer! lol also just a heads up, your RAK links route to Nebra. So for now, I just use regular RAK links. Once you get that updated, ping me in discord and I’ll update the resource with the appropriate affiliate link

I’m looking at all the options for ordering but can anyone provide some input on which company tends to ship the fastest? I travel a lot and want to make sure I can get one within 8 weeks.

Bobcat have been shipping out items to China already. There are a couple companies ready to ship but are waiting for FCC.

more than likely, no matter who you go with, you’ll be waiting until July at the earliest. There are estimates that include June shipping, but estimates are just that, estimates.

Thanks! Glad you enjoyed the article!

Thanks Soju Sippa for some useful facts. I just have a couple of questions…

Do these units operate on 5G, and if so, are there any dangers to be aware of?

When placing an order for Miners do you have to pay the full amount up front or will a deposit be accepted, with balance payable when shipping is ready?

Thanks again, Paul (I’m in the UK by the way)

Hey thanks for the resource. How do I know which frequency is best suited for my area? I live in East Africa KENYA, Nairobi. Kindly assist am Soo interested in getting 3 miners.

Anyone have details on Beaconing? It seems like this is usually my greatest source of HNT but it is very inconsistent. It doesn’t seem to be on a set schedule. I could have 2 beacons in and hour, then I don’t be on for another 18- 24 hours. Any additional info would be appreciated.