Reference the official Bitmain Antminer K5 model based off of it’s hashrate, a 1.13 th/s model. 1000 gh/s = 1 th/s, and a gh/s is a gigahash per second, th/s is a terahash per second. Hashrates or hashes are measures of a miners mining speed. 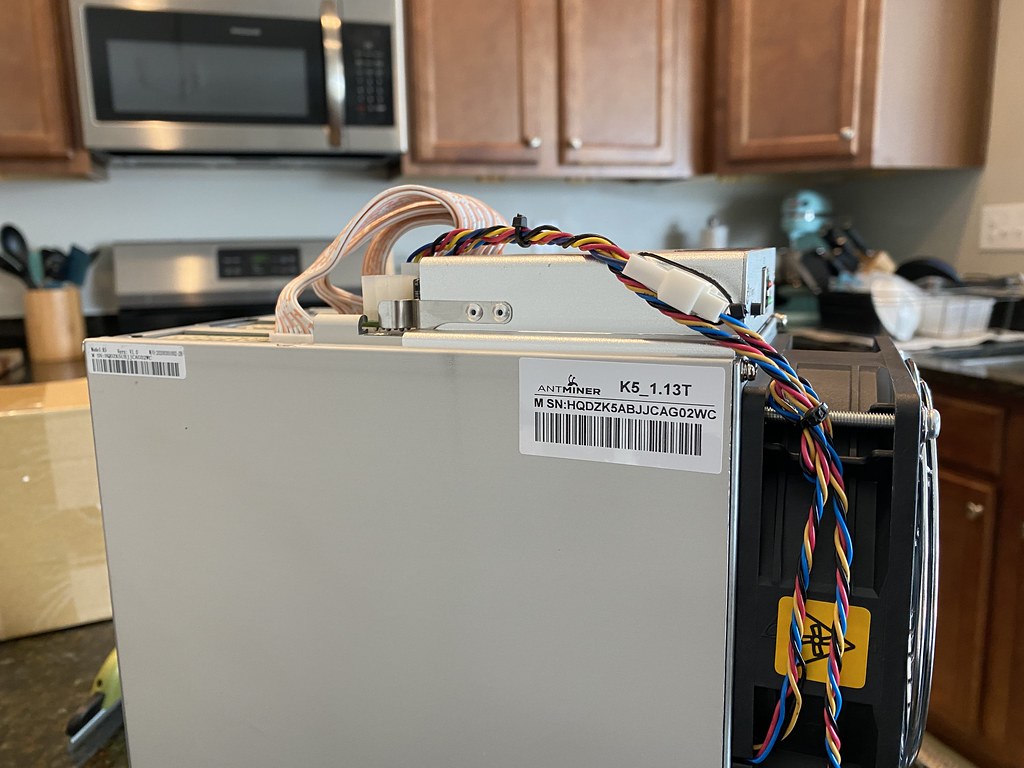 I plugged my Bitmain Antminer K5 in 4 hours ago, depending on how and who you order this miner from (it is no longer listed on Bitmain’s official shop), your miner may come with a power supply. You’ll need a power supply that has 10 PCIE connections and can supply 1600 watts 24/7 safely. 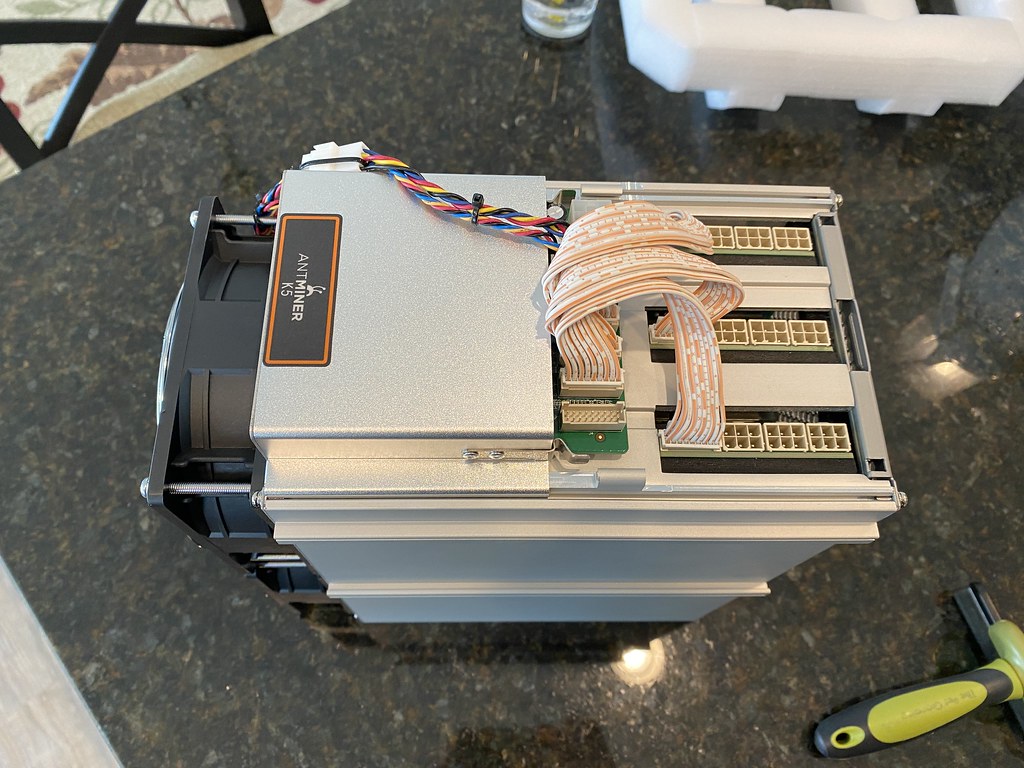 The mining profitability of the Bitmain Antminer K5 is currently exceeding expectations and calculations. The first 4 hours of mining Nervos CKB with the Antminer K5 has earned 600 CKBytes. If this mining rig maintained that high income of coins mined, it would mine 3600 coins over the next 24 hours. 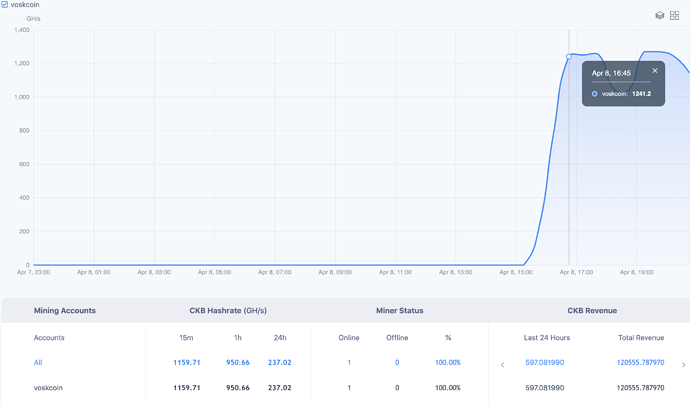 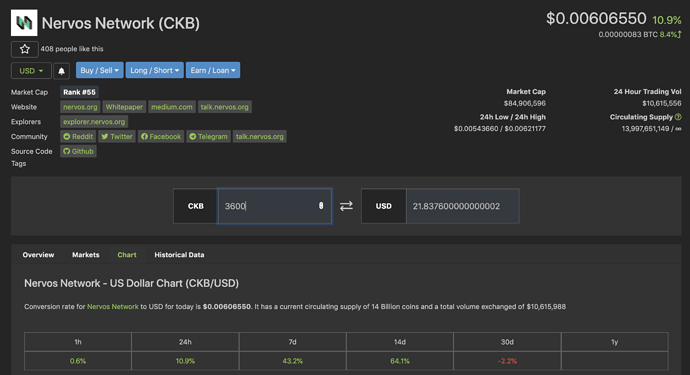 Recently we reviewed the mining profit calculators and how much the Bitmain Antminer K5 is supposed to make, we also factored in the electric cost of running this miner. As always it’s very interesting seeing real-world mining profitability as opposed to just reading numbers off of a mining profit calculator you found on the internet! If you’d like to read more about that please reference the “Should I buy the Bitmain Antminer K5 miner” thread linked below.

What are your expectations once you receive this miner? Let’s review current projected mining profitability of the Bitmain Antminer K5, and keep in mind this miner only mines the eaglesong mining algorithm, with only applies to Nervos CKB (currently and likely, ever.) [image] That’s factored via AMV w/ 10 cent per kilowatt hour electric rate (10c x 1 kWh) Bitmain does not have the Antminer K5 listed in their official Bitmain shop anymore, so the only options are second hand purchases at this…

We will, of course, be creating a VoskCoin YouTube review of the Bitmain Antminer K5, but it’s fun to share the data we have, especially since this is such a new and exciting ASIC mining rig. Please understand that cryptocurrency mining is a very risky endeavor, and it is incredibly unlikely that the Bitmain Antminer K5 will maintain this high mining profitability rate we are currently experiencing. As more miners hit their destinations, mining profitability will continue to decrease unless the Nervos CKB price skyrockets and even it does your dollar revenue may be high, but the coins you mine per day may not be very high. We will create a post outlining 24-hour mining profitability with the Bitmain Antminer K5 Nervos CKB miner, and then roll all of this data into the VoskCoin YT review! 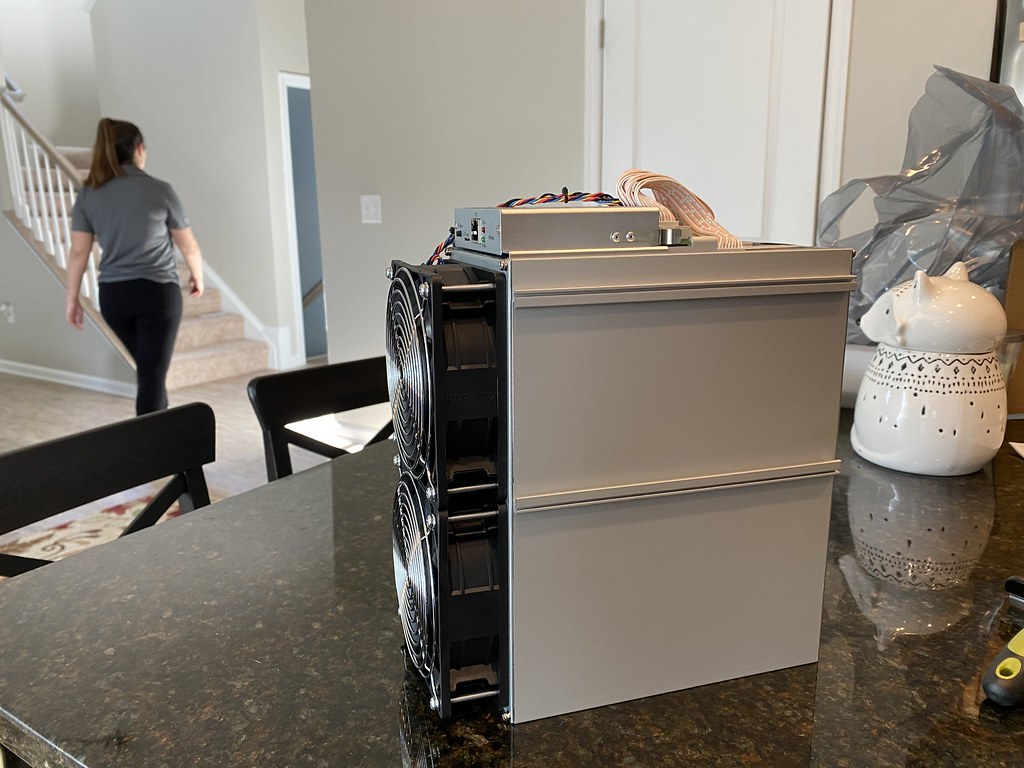 Here’s the day 2 update, my Bitmain Antminer K5 has been mining for approximately 24 hours. Normally I don’t like to take an exact 24 hours of mining because earnings have a slight delay, but one mining CKB on F2pool it’s PPS or pay per share, earnings register more rapidly than PPLNS and I’ll also take 24 hour mining earnings in a few hours to allow a better time sample for the “official” review and earnings report. 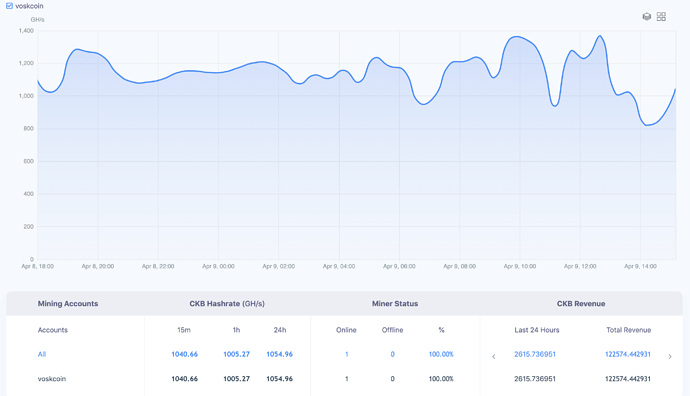 As you can see in the above earnings screenshot, the Bitmain Antminer K5 mined about 2600 coins or Nervos CKBytes in the first 24 hours of mining. This is a significant drop from our initial four hours of earnings and showcases how many Antminer K5 miners were turned on just within the last 24 hours! This is also a great example of why it is so imperative to get your new ASIC mining rigs online and mining as soon as possible because on a first batch new miner release such as the Bitmain Antminer K5 – it is likely your mining profitability will drop rapidly before stabilizing.

Mining 2600 CKBs equates to ~$15 dollars a day before payinf the electric bill, which pushes us towards $11 dollars of coins earned after expenses per day with this Bitmain Antminer K5 ASIC miner. 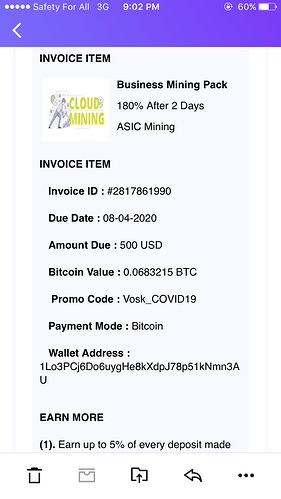 You’ve been scammed by a fake site impersonating VoskCoin. We’ve posted numerous warnings about these sites for months.

Also 180% guaranteed in 2 days is absolutely ridiculous, ANYTHING guaranteed, is a scam.

See the official announcement posted to the VoskCoinTalk forum here

Over the last couple months, we dealt with www.voskcoins.com, a fake scam website impersonating VoskCoin and Drew Vosk. We were successful in bringing down that fraudulent website thanks to @greer. Unfortunately they have relaunched the same scamming website posing as VoskCoin and offering a cryptocurrency cloud mining service yet again, at https://voskcoins.co/. We have begun the reporting process, thanks again to @greer, and we are hopeful we will have this deceitful website removed soon as we…

The machine 3 times faster is really pushing ckb. Those 3000watt beasts just eat slower devices for breakfast. Wanting one of those k5s but my guess is that it will not reach roi before running at a loss.

Can I see the real site please?

There is a list of real sites on the post below. There is no mining service, that is a scam someone else is running using fake sites with stolen VoskCoin images.

here’s a fully comprehensive list including direct links to all official VoskCoin websites, social media, and any relevant accounts. Please do not fall victim to any scammers or impersonators pretending to be Drew Vosk of VoskCoin or anyone else associated with VoskCoin. Normally our official communication takes place via email, and ONLY from @voskcoin.io addresses, we do not use any Gmail accounts for official communication (as of 2019). Official VoskCoin YouTube channel - https://…

Hi Mr. Vosk , I know your a busy man but I got my Antminer K5 2 days ago, but I can’t make it boot up, fans working but at low rpm speed, solid red and green lights, does not connect to internet (tried IPReporter and advanced ip detection), tried the bitmain reset guide but it will not reset ( just stays the same). Any help would be much appreciated.
I know you have lots of contacts/sponsors … if you know anyone that sell the controller board for the k5 , please let me know otherwise I will have to go ahead with the painful process in returning the miner for warranty and for a small miner the downtime for the K5 will be excruciating 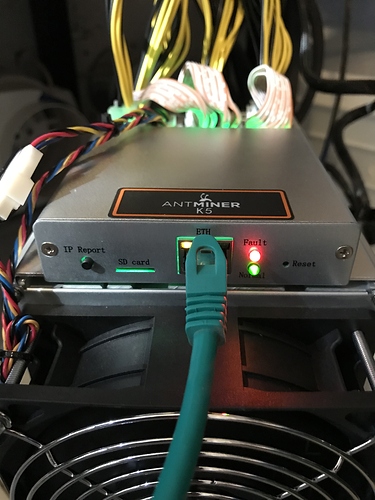