Comparing STAKING and MASTERNODE returns -- how we are researching profitability!

There are some projects that offer proof of stake as well as masternodes, basically two different ways to have your crypto coins on their blockchain work for you – we often wonder… which is more profitable? Well, it varies, and in this scenario we are going to conduct a public experiment that will be verifiable on the… blockchain of course!

You can monitor the Energi NRG 3.0 staking earnings here

You can monitor the Energi NRG 3.0 masternode earnings here

Last month, we posted about how we are earning $2,000 dollars a month in passive income staking cryptocurrency, staking Energi NRG was a very large part of that. You can read that write-up here

[Screen Shot 2020-05-07 at 2.08.18 PM] Energi NRG 3.0 Cryptocurrency Proof Of Stake Earnings Energi NRG recently upgraded their blockchain from their 2.0 version, to Energi 3.0. Energi NRG is essentially an Ethereum competitor now, and they are leading the charge on staking cryptocurrencies. To be clear this write-up is not an endorsement, simply reporting real-world passive income earnings with the Proof Of Stake PoS system and their Masternode system. You can review our real-time Energi NRG …

To begin two fresh addresses have been credited with 1000, and 1001 NRG. The masternode NRG address has an extra coin to compensate for transaction fees associated with converted NRG into the masternode token required for receiving masternode rewards. At the time of this test beginning, each node is holding about $2,000 NRG or $2,112 to be exact.

On block height 155,306 the staking vs masternode earnings began!

As you can see above, the staking status is set as active as well as the masternode status. With a coin balance of 1,000 coins and 1 Energi NRG masternode (the requirement on NRG 3.0 is 1000 coins per masternode, reduced from 10,000 per node before) will likely take a few days to earn rewards.

1 Like
Staking Energi NRG 3.0 - Earning $60 a day, $1,800 a month in Cryptocurrency
Staking VS Masternodes - How to EARN MORE PASSIVE INCOME in CRYPTO!
What did YOU do today cryptocurrency related? :date:
Evaluating DeFi Staking/Lending Crypto Profits
VoskCoin July 24, 2020, 7:09pm #2

Some proof of stake and masternode earnings notes

For a reason unknown to me, the balance of my NRG 3.0 masternode address does not automatically update when the MN earns, however it is continuing to make earnings which can be seen in the big 8.219 NRG balance update, that was the culmination of several days of MN earnings but all registered when I announced the MN again. If you notice the screenshot below, you’ll see the total weight of 22 aka 22 NRG coins in the wallet address does not match the 20.178 balance next to the latest transaction. This was probably a confusing explanation of all this, sorry

Over the course of about a month, the Energi NRG 3.0 masternode earned about 22 NRG which is currently worth ~40 dollars. This was all based around 1 NRG masternode, which requires 1000 NRG coins. 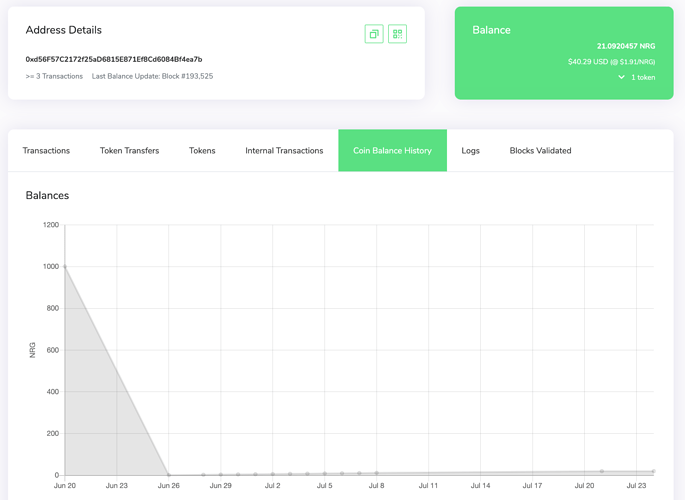 Reviewing the proof of stake staking profitability on Energi NRG 3.0 with an initial stake of 1,000 NRG’s, we earned about 41 NRG coins, currently worth about ~$78 dollars 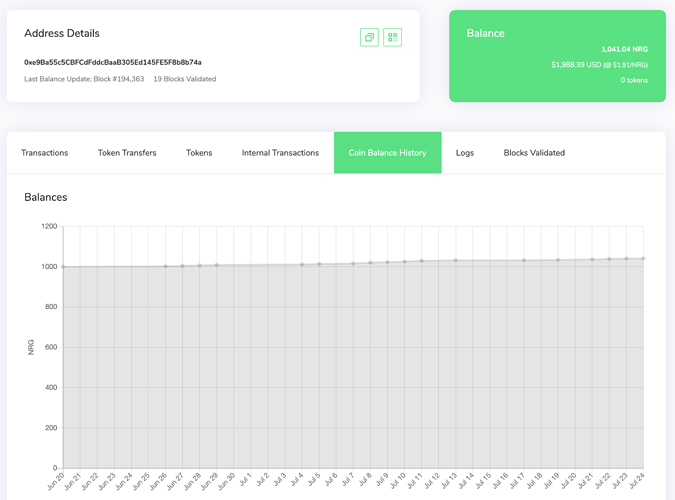 Results are pretty obvious here, in our experiment of 1 NRG masternode vs staking that same 1000 NRG coins at the exact same time on their 3.0 blockchain we were vastly more successful with staking – perhaps we are just lucky?

Obviously your mileage will always vary, and their network is constantly changing and fluctuating. If you follow any of the VoskCoin YouTube content, you’ll know that we love testing different methods of passive income in cryptocurrency… sooo… we added 7,823 and 7,843 NRG coins, to the above addresses to even them out and then get some ROI numbers at this threshold! The only difference is we are leaving the masternode online, and staking the rest of the coins, and continuing to stake all of the coins in the staking server!

Compiled all of our data and research on Energi NRG 3.0 staking vs masternode returns into this video!

I’m agree with you, I think that staking is more profitable than master node.
In any case, for me it’s good result!

I’ve been running an NRG masternode for a few months now. I think an interesting test that I am going to try is have 50% of coins in masternode and 50% coins staking, but on the same address/VPS and see if staking still outperforms masternode. I’m curious if the addresses must be separate to see the same results as Vosk.

any thoughts on what the outcome will be?

Hi Codyinthewild,
have you news about your experiment 50% on masternode and 50% on Staking in the same VPS?

did you ever end up doing this?

We have decided to continue staking all of our NRG coins and are not currently running any masternodes, we are earning $36 a day right now and here’s our full video guide on how you can set up your own VPS for staking NRG coins on the Energi 3.0 blockchain! 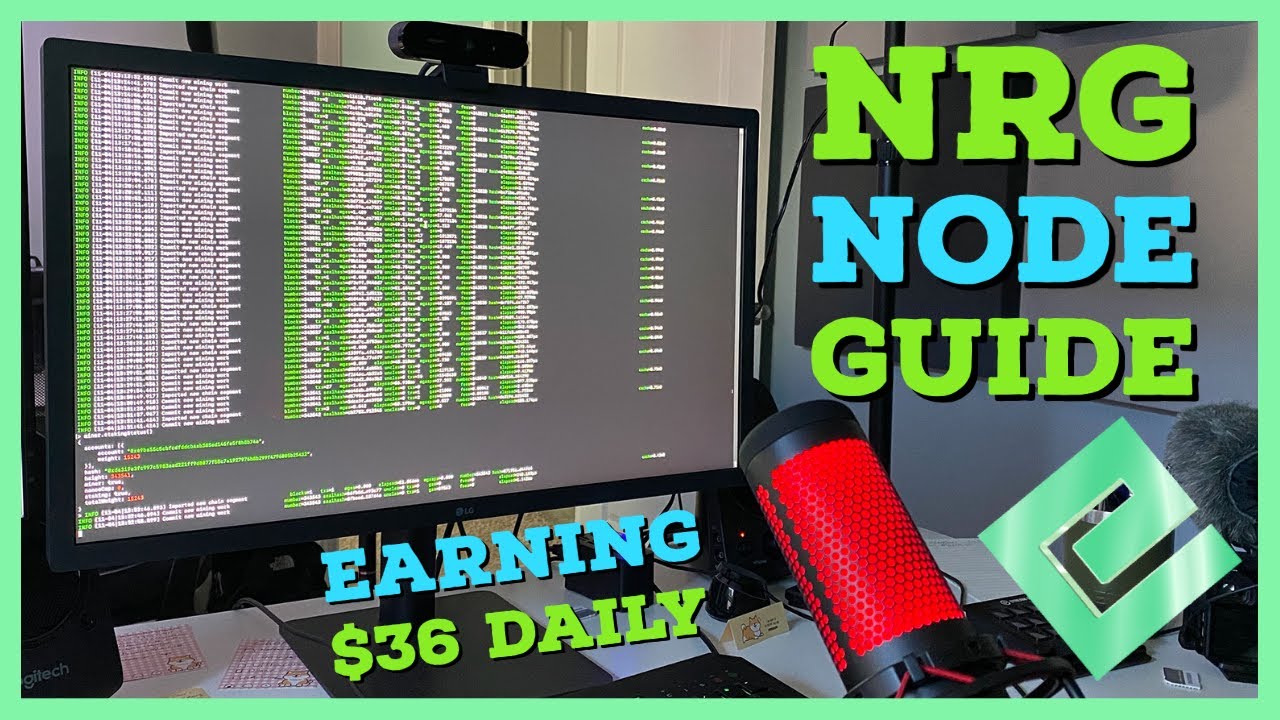 If video’s are not your thing we have a complete write-up on the VoskCoin Medium blog guiding you through setting up a VPS to stake NRG coins on the Energi 3.0 blockchain! 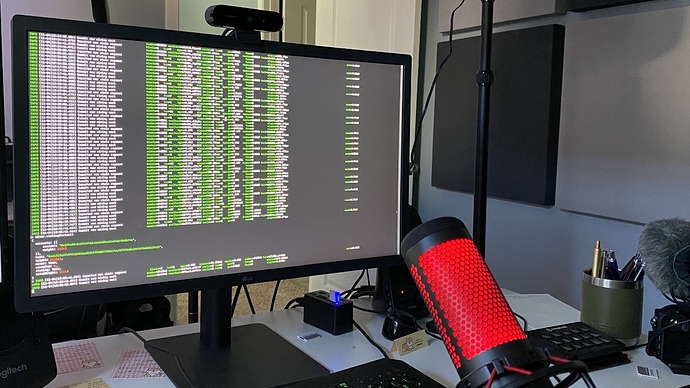 Here’s how we are earning passive income in Crypto staking NRG!

Great tutorial…took a while, but got the node up. Ended up having to use CoinEx instead of KuCoin as KuCoin had their NRT wallets down for maintenance for last 24 hours. When my node was first synced, I had the base 45. NRG that I put in. But now it’s saying TotalWeight=1. Any idea why the TotalWeight would start out as accurate, and now say only “1”?

Had the same issue with KuCoin this week myself. After buying and trading for NRG I could not withdrawn the NRG and no help from support. Ended up having to trade back to BTC and then sending the BTC to changelly to get it to my NRG wallet. Will not be using KuCoin again

Did you figure out the issue with the dropping from 45 to 1 weight and are you seeing any results from staking. So far I have seen nothing but not sure how long it takes with smaller amounts of NRG to see results.