Help Us Build the Mining Shed 2.0!

The VoskCoin Mining Shed 2.0 is finally a reality!
But we need YOUR help in making it as awesome and efficient as possible! 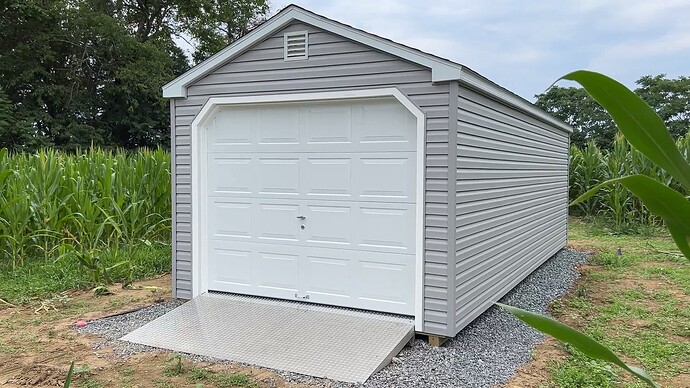 Help Vosk design the Mining Shed 2.0! If you have any ideas or suggestions, drop them below! 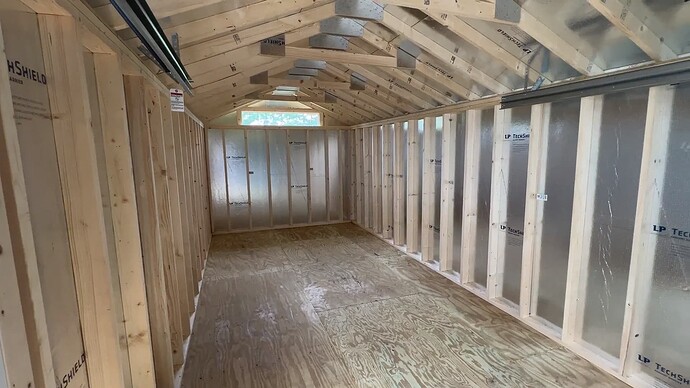 The shed is a 10’ by 24’ Amish shed, which will eventually be separated into 2 parts. The miner placement will affect airflow, and thus vent placement will be important as well.

For a full breakdown on how Vosk is roughly planning on building out the shed, check out our video here! 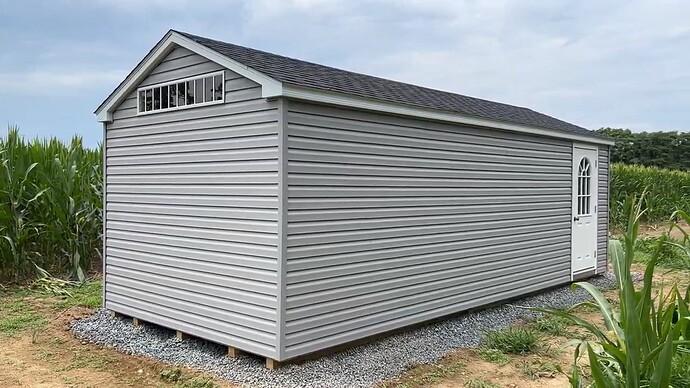 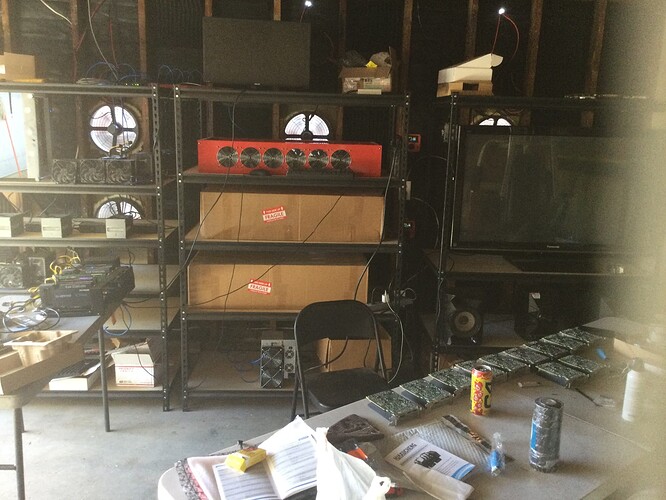 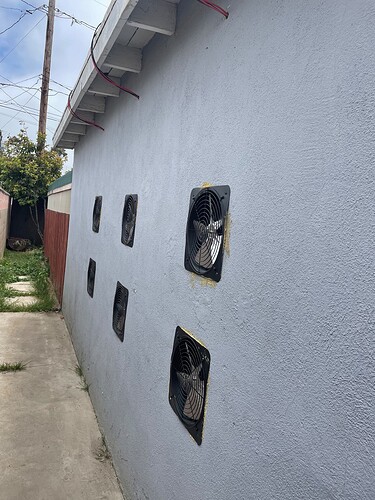 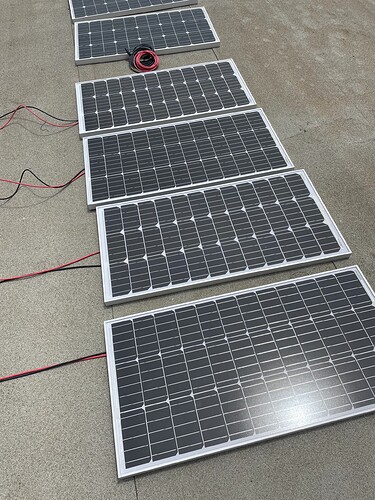 @VoskCoin we are currently working on the garage build with similar dimensions. We have 6 solar powered fans that work during the day as our location only needs the heat to be removed during the day. I purchased from this company last year for our greenhouse build. The fan has been running strong and only need WD 40 quarterly. The kit no longer offers the battery or mounts, and I had to purchase them separately directly from the manufacturer.

Also, like most we have relocated everything from the house. I will update when the job is complete. Aside from the electrical meter boxes and upgrade I have done all the work myself and frankly, to me it’s easy.

(Don’t Judge the messiness or the wiring right now because that is temporary until the brackets come in, it’s a work in progress)

The fans are 2000cfm and with six of them that all we need. The intake is a door. Even with it locked the fans will pull from all of the cracks. A metal security door is on the way. It dropped the overall temperature in the garage by 20* in the day. I left the link on the Top for ease of use. 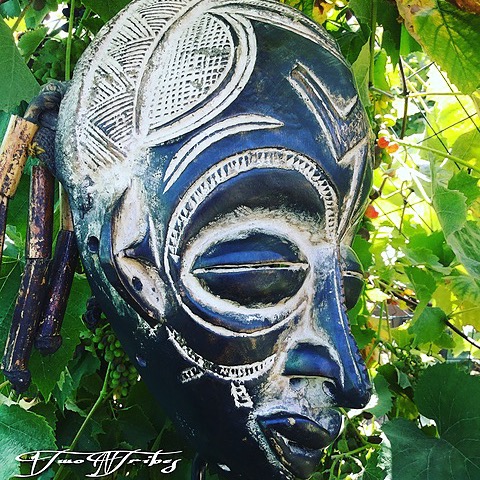 Linktree. Make your link do more.

If you get a Tesla Battery make sure that the company that you are dealing with doesn’t shill the first version battery. In fact In your position I would look into an industrial size one. (I mean if your are going to get one, get it and forget it.) Always have a warranty as well.

During any power outage the first series does not have the capacity to carry the initial surge, and if you are running ASICS…. Don’t count on a residential battery if your rigs are set on auto reboot.

You need to either set the ASIC exhaust fans directly against the exhaust louver or duct them to it. In your video you mentioned setting the machines in the middle of the room. That would require fans to get the air flow going.

Have you thought of making the dividingwall moveable?
Build it with minimal connections to the floor and exterior framing, 2 screws up, down left right. So you can unscrew the framed wall move forward or back. Add a triangle piece of plywood for the joists to plug that space.

Might require you to skin the walls with plywood for better more versatile positioning.

I am going guess , power co does not have 3 phase for your location.
Stay focused on 220-240 single. Get buy for 12 -18 months.
Go get 3 phase diesel generator battey back up.( ton old school ) detroits get power , run off many differnt fuels. Like a gap closer for power.

Then go 1000% solar. Green BTC will some day have extra Value.
I am doing similar to you, just all building are ground level( back filled earth).
Cool in summer, warm dry in winter.

MOFI modems and directional antennas and you will be 5 bar 5g for under 600 bucks. I am in bfe southern New Mexico. There are now phone apps that help you lock channels and point directional antennas. you get what you pay for Wilson is what you want. make sure you get latest antennas that go down to 600mhz not just 620. for uwband 5g

long time lesson learned. buy a backhoe when your done moving dirt and gravel sell it. don’t go small look for 555e Ford thet are under 16k used and only burn a gallon an hour. how with all that land you are not geo thermal cooling your inlet air to building amazes me.

heat rises it doesn’t go sideways. you have a fireplace put in a chimney. put in 4 inch pvc low in wall tge door Crack isn’t allowing 12000 cfm of air in.

Drew - You NEED external security at the shed/house. You need to make sure your stuff is safe and secure. Cameras, gates, whatever to ensure it’s secure.

Is there a reason you’re not looking at liquid, or immersion, cooling? I just asked because I’m reading more and more about it and it really seems like the way to go.
Regarding batteries and solar, I recently built my house and planned it all out for electric everything, so I have two solar arrays and three V2 power walls. I can’t say enough good about the power walls, I’m quite impressed. 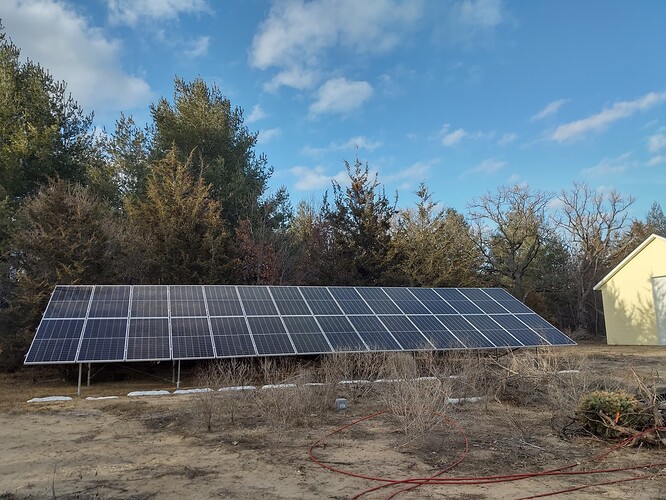 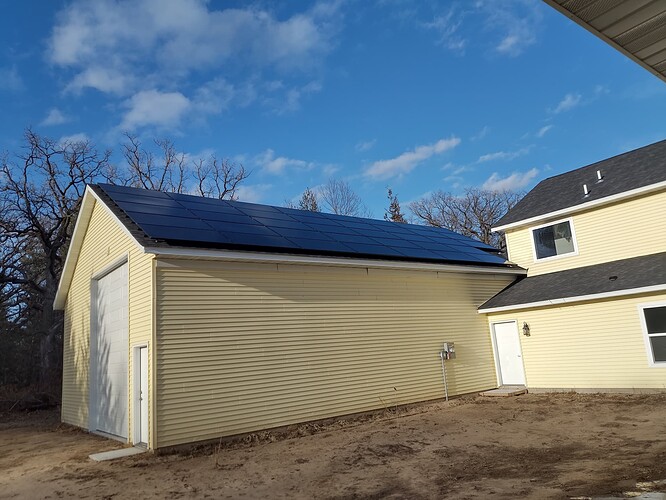 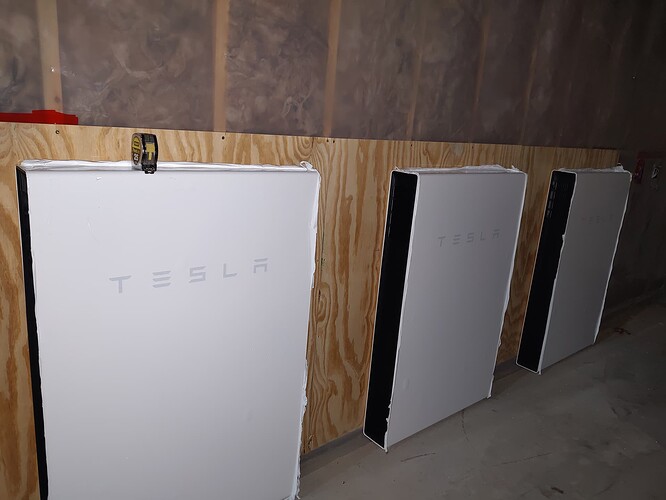 In an environment similar to VA, a house I bought with a ‘whole house fan’. No one told me and I had this mystery switch on the wall.
Turned it one time and it exhausted all the hot air inside stall air out of the 2000st 2 story house,(I wouldn’t leave the AC on all day), and pulled in either cooler or at least fresh air in less than 10 minutes. Also got rid of a lost of air pollution, altho I didn’t think of that until years later.

With your machines having air vents in lieu of HAVC I wonder if having that ability might be useful.

These are cheap and available at Lowes , Home Depot etc.

Just a thought from my past. Frankly don’t understand why new homes don’t have one. If it cools down even a little at night it will lower your electric bill. Get rid of the hot air and residual heat in walls etc.

Which version of batteries are those?

I believe it’s the powerwall 2. Whatever the newest ones are, just got them last October.

To make that setup worth while you have to either have no power to your house or be making massive amounts of excess electricity from solar or wind. I looked at getting one but the power I sent back to the grid per day would not fill a Tesla Powerwall. I have 16 solar panels and even in mid summer they only make just over 22kw per day so even if I didn’t use any of the power produced I still wouldn’t fill two Powerwalls.

Currently just over 27kW between the 2 arrays. Planning another 13kW on another array which will put me to the max at which I can get paid residential rates. I’d like to dunk 6 kd’s and 6 L7’s as well as a couple S19’s. Still watching prices. Electrician coming out this week for an estimate.
Are there 3 phase PS for the KD & L7, or has anyone successfully overclocked either?

I believe the panels on the ground were 400 W, and the ones on the roof were around 390 W. They are two different panels because I wanted the pure black on the roof, but the other ones were a bit lower price. I don’t know how much it was per panel, but for both arrays it was around $2.50/W installed.
I believe the 3 power walls we’re in the $33-35k range. It’s a lot more costly to have one installed because of the cost of the gateway, wiring, and all the other installation costs. So when you get multiple power walls the cost per unit goes down quite a bit. I wouldn’t doubt if it’s around $13-15,000 for just one, and then closer to that $9,000 each for the additional ones.